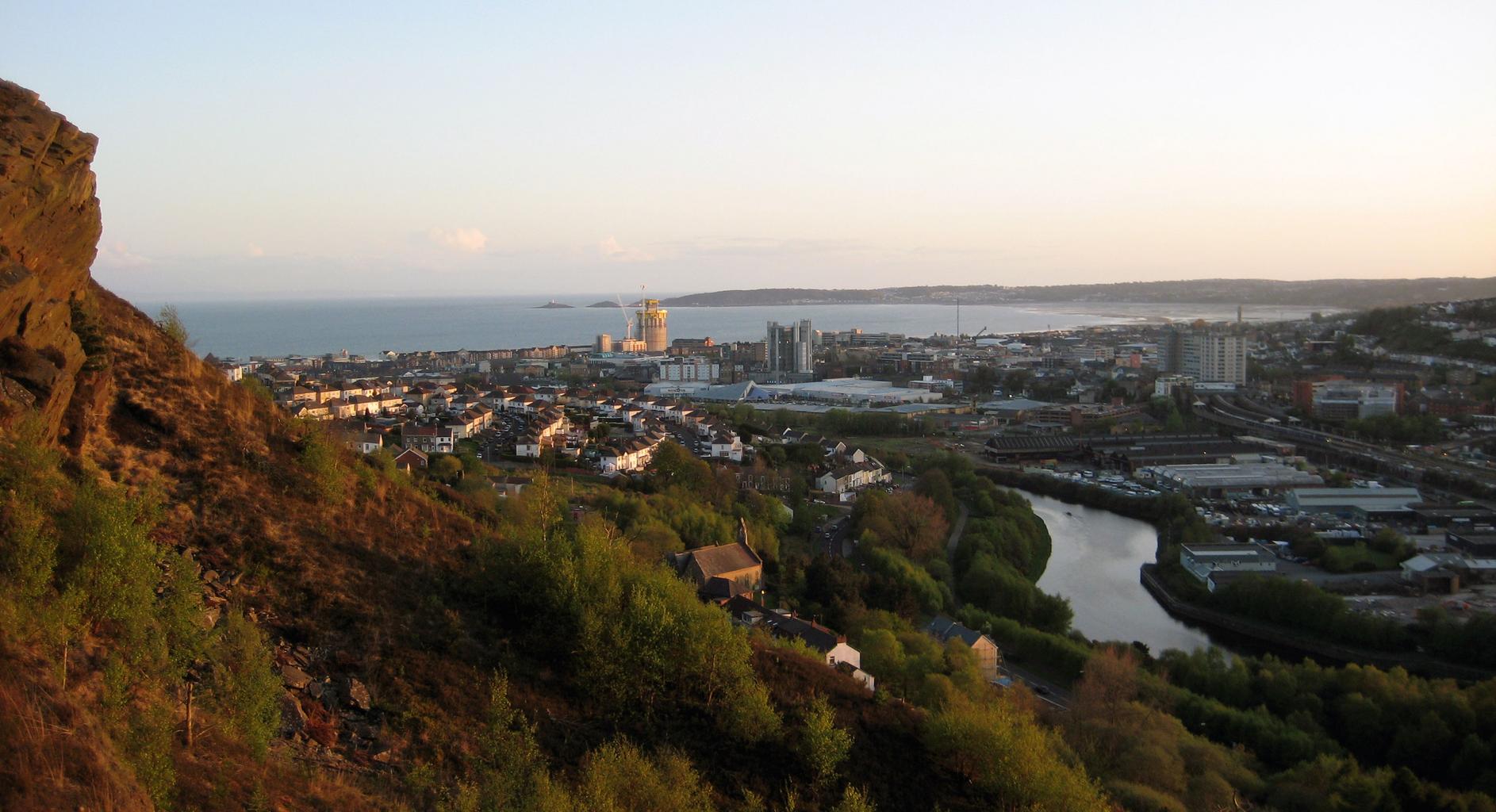 Swansea has the distinction of being home to the oldest Jewish community in Wales.

According to tradition, German Jews have been resident in the city from at least the 1730s. These included men such as Solomon Lyons who established a business in 1731 and Lazarus David, who was born in Swansea in 1734. Lazarus, it has been claimed, helped to found the Montreal community of Shearith Israel in Canada. Other early pioneers were David Michael and Samuel and Moses Levi who arrived in Swansea in the 1740s.

The first formal Jewish institution to be established in Swansea was the Jewish burial ground in Townhill in 1768. It unclear when Jews in Swansea began meeting for formal religious worship, but we do know that the Jewish community was using a room on the Strand opposite Essery’s warehouse as a synagogue in 1789.

Even before this date, Jews are believed to have met regularly in the backroom of David Michael’s house on Wind Street.

The first synagogue (1740-1789) was in a wooden building in Wind Street, near the docks, built by David Michael behind his house, with capacity for about 40 congregants.

The first purpose built synagogue was opened on a plot of land between Goat Street and Waterloo Street in 1818.

The Cambrian newspaper reported the laying of the foundation stone on 23 May 1818:

“Among the various improvements in Swansea we have this week to notice the laying of the foundation for the erection of a neat Synagogue in Goat Street for those ancient people the Jews, being the first and only one ever raised in the Principality. The ceremony was performed with solemnity by the Elders, Messrs. L. and J. Michael, Mr Cohen, and Mr. Mosely.

It accommodated about 70 men on the ground floor, with an upstairs gallery for the women of the congregation.

The synagogue stood adjacent to Mr Rogers’ foundry, close to the corner of Oxford Street. Above the entrance was a sign in Hebrew bearing the words “This is the gate of the Lord into which the righteous shall enter”.

In 1859 the original building was replaced by a larger synagogue in Goat Street which had room for about 250 people. This synagogue would serve the needs of the community for the next 82 years.

Worshipping at the Goat Street synagogue came to an abrupt end in February 1941 when the building was destroyed by German bombs. However, this did not spell the end for the Swansea Hebrew Congregation.

Luckily some Scrolls of Law had been removed to the homes of some of the congregation before the ‘Three Nights Blitz’. Despite the loss of their synagogue, the community was determined that Jewish life in Swansea should continue as normal.

In the years that followed, the congregation used temporary premises to celebrate high festivals.

Congregational Building, Cornhill House, Christian Street (temporary premises following the destruction of the congreation’s synagogue in 1941 and the construction of a new synagogue).

In 1944 the congregation purchased a property called Ashleigh at Ffynone. The intention was to begin work on the construction of a new synagogue immediately following the war. Unfortunately, due to difficulties in obtaining the necessary licences, building work did not begin until 1952. On 30th October 1952, the Chief Rabbi Israel Brodie visited the town to lay the foundation stone.

The new synagogue was officially opened in 1955. The synagogue comprised seating for 84 persons, with a hall large enough to seat a further 260 people.

The two sections were divided by a folding partition that could be pulled back to provide accommodation for nearly 400 worshippers during high festivals. There was also a spacious entrance hall, a cloak room, two school rooms and a kitchen.

The synagogue and hall were illuminated by five large south facing windows. The new building also benefited from gas central heating. The construction of the Ffynone synagogue marked the high point of Jewish life in Swansea.

The synagogue building was sold in 2009 to the LifePoint Church. The congregation now uses a rented space at the back of the premises.