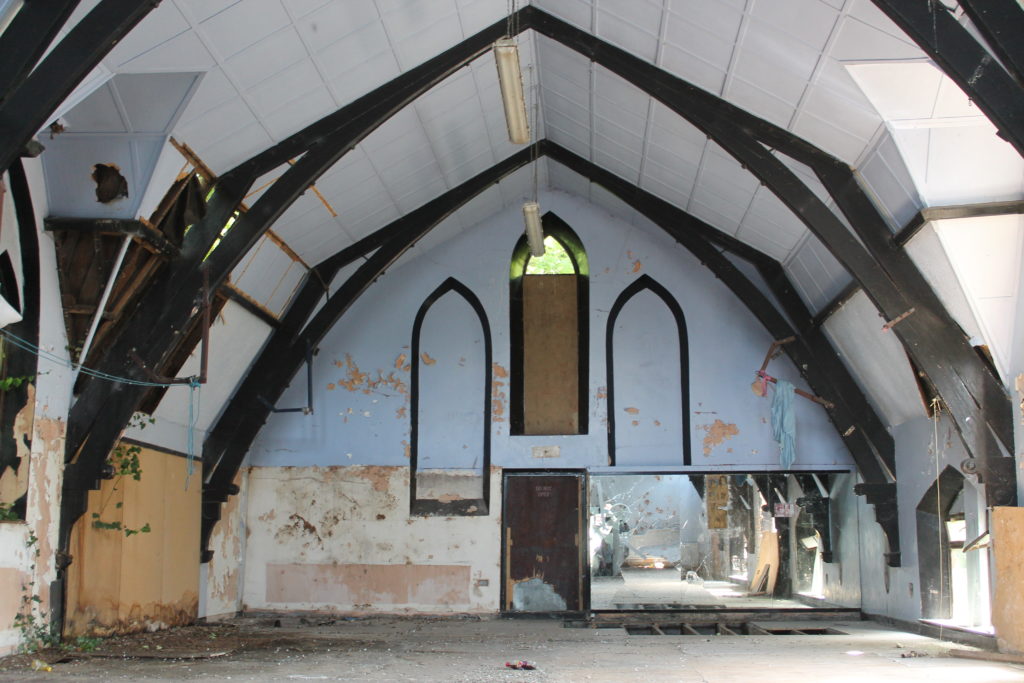 The Welsh Jewish Heritage Centre will provide a new and innovative national cultural and educational venue presenting the centuries-old history and traditions of the Jewish community of Wales, promoting inter-cultural dialogue, and ensuring the preservation of an extraordinary Victorian grade II listed former synagogue deemed at risk.

The Jewish community of Merthyr Tydfil formally came to an end in 1983 when the synagogue was sold.  Since that time, the building was used for various purposes.  However, since 2006 it has been lying empty, its condition deteriorating, and the fabric of the building has been seriously compromised with a gaping hole in the roof and broken windows.

The building was put up for sale creating the opportunity to consider its future.  The Foundation for Jewish Heritage had been alerted to the building as a result of its own historic synagogues mapping work which identified Merthyr synagogue as both important and in a parlous condition.  The Foundation began informally seeking views on the idea of creating a ‘Welsh Jewish Heritage Centre’ that would present the 250+ year history of the Welsh Jewish community and provide a new cultural venue for Merthyr.  This was universally well received, with strong support coming from the Merthyr Tydfil County Borough Council, local politicians, and the heritage and faith communities of Wales.

A Feasibility Study was undertaken by Marcus Roberts, funded by the Muriel and Gershon Coren Charitable Foundation, to consider the Heritage Centre proposal which concluded that it was viable.

The Foundation proceeded to raise funding from generous benefactors to buy the building, and subsequently carried out urgent repairs to stabilise it with half of the funding from Cadw, the Welsh Government’s heritage agency, and matching funds from the Los Angeles-based GRoW @ Annenberg, the Philip King Charitable Trust and The Pilgrim Trust.

In parallel, a more detailed Business Plan has been prepared by the consultancy Empower which formed the basis of the approach now being made to the National Lottery Heritage Fund.

It is expected that the Welsh Jewish Heritage Centre will convey the life and contribution of the Welsh Jewish community and this will cover its history; religious, educational and social activities; Jewish culture and values; Jewish calendar and life cycle; relations with wider society; the impact of world events including the Holocaust.

It will also provide a context for discussing contemporary issues around religious and ethnic diversity, promoting inter-faith and inter-cultural dialogue while combating ignorance and prejudice.

Merthyr Tydfil synagogue represents shared heritage – it is Jewish, Welsh, British and European heritage.  Its preservation is part of a visionary project that will educate about and celebrate the Jews of Wales, while conveying an important message about diversity, tolerance and understanding.

The project will preserve a heritage of the past in order to play a meaningful role in society of today.

The full nature and content of the Heritage Centre will be determined through the planning process.  However, we can envisage it including the following: