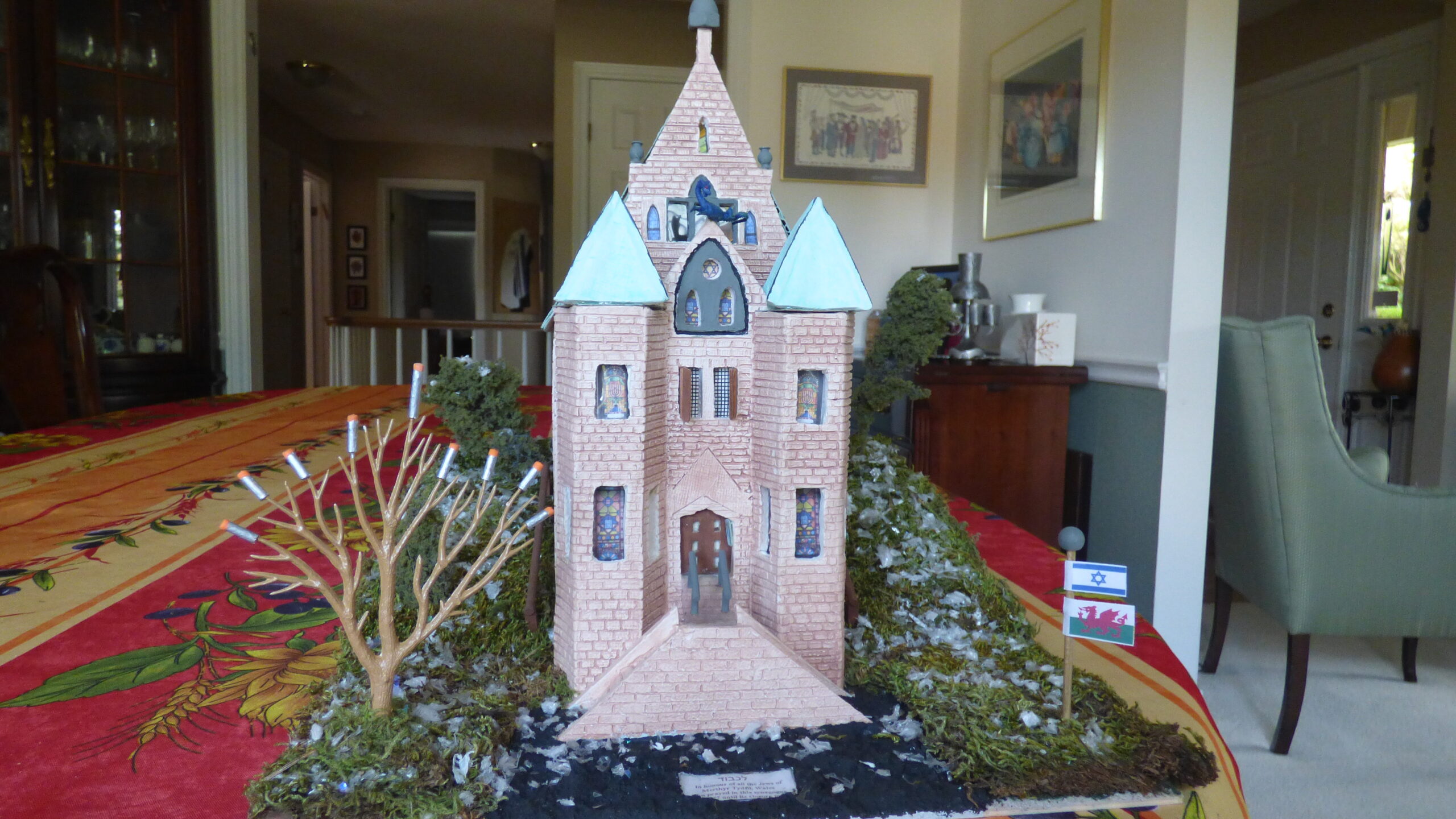 A miniature model of the former synagogue in Merthyr Tydfil in Wales has been created by Canadian Fred Ball.

Fred, who hails from London Ontario, took two months to build the replica of the once thriving home of Merthyr’s Jewish community.

When Fred was asked what gave him the inspiration to build this model, he gave the following explanation:

“For the past 4 years I have been hand-building synagogue models from clay. At first, I was attracted to the wonderful wooden synagogues that had existed primarily in Poland and built several clay models, simulating wooden beams by simply carving horizontal shallow grooves in the clay. I built these in memory of all the Jews who once prayed in these magnificent buildings. After that I widened my interest and as of today have built a total of 9 models, the Merthyr Tydfil synagogue being my latest. In every case I search on the internet for shuls whose architecture I find interesting and which I judge to be “do-able”. Some of the models I have built sadly no longer exist, but some – like the Merthyr Tydfil synagogue – fortunately still do. Besides the architecture needing in my mind to be interesting and translatable to my limited skill set I rely heavily on finding sufficient photographs online to assist me in determining what the building looks like from all four sides, and from the top.

In the case of the Merthyr Tydfil synagogue there were two major obstacles that I encountered that I thought might be insurmountable: (i) the rather steep hill that the building seemed to be sitting on and (ii) no photos of the roof. To try to obtain photos, or at least sketches, of the roof line I googled away (admittedly somewhat obsessively) and discovered the Foundation for Jewish Heritage and Michael Mail who was so very helpful. Undoubtedly without his assistance I never would have been able to build my model. The rest, as they say, is history.”

Michael Mail, Foundation Chief Executive, commented ‘we are delighted that Fred took on Merthyr as one of his assignments.  The model of the building serves to highlight our current project to preserve and re-purpose the building, transforming it into a Heritage Centre.  It also serves to honour the Jewish community that once existed in Merthyr.’